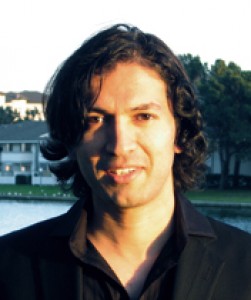 Before joining MA Dimensions as the “Creative Director” Musa has worked oversees as an Architect, Digital Artist & Manager for more than 15 years.

In his past experience he worked as a Lead Environment Artist at “Activision” the second largest game publisher. During that time he worked as a “Lead Lighter” on their biggest title Xmen –The Last stand” (cost:40 million).  In addition to that he also contributed as an “Environment Lead” to their other titles like Xmen-4 & IronMan.

At LucasArts, he worked on their high profile project “StarWars The Force Unleashed”, which was the top selling game of all time for LucasArts, selling millions of copies worldwide.

Musa received Distinction for his Bachelors in Architecture from National College of Arts, Pakistan. He later joined the masters program for Computer Arts at the Academy of Arts College in San Francisco.

In a short time Musa’s work got published in numerous websites and books worldwide. .  His work  was awarded as best Architectural Visual in Animago International Awards. In addition to his success in Digital Media, US department of Labor has acknowledged him as an individual with extra ordinary ability in the field of Video Games.

Musa has been very active in conducting various workshops for 3d Studio Max, Web design, Photoshop for Art students. His vision for MAdimensions is not only to help students but to train professionals in achieving their goals to become the AAA talent for the Digital & Gaming Industry.